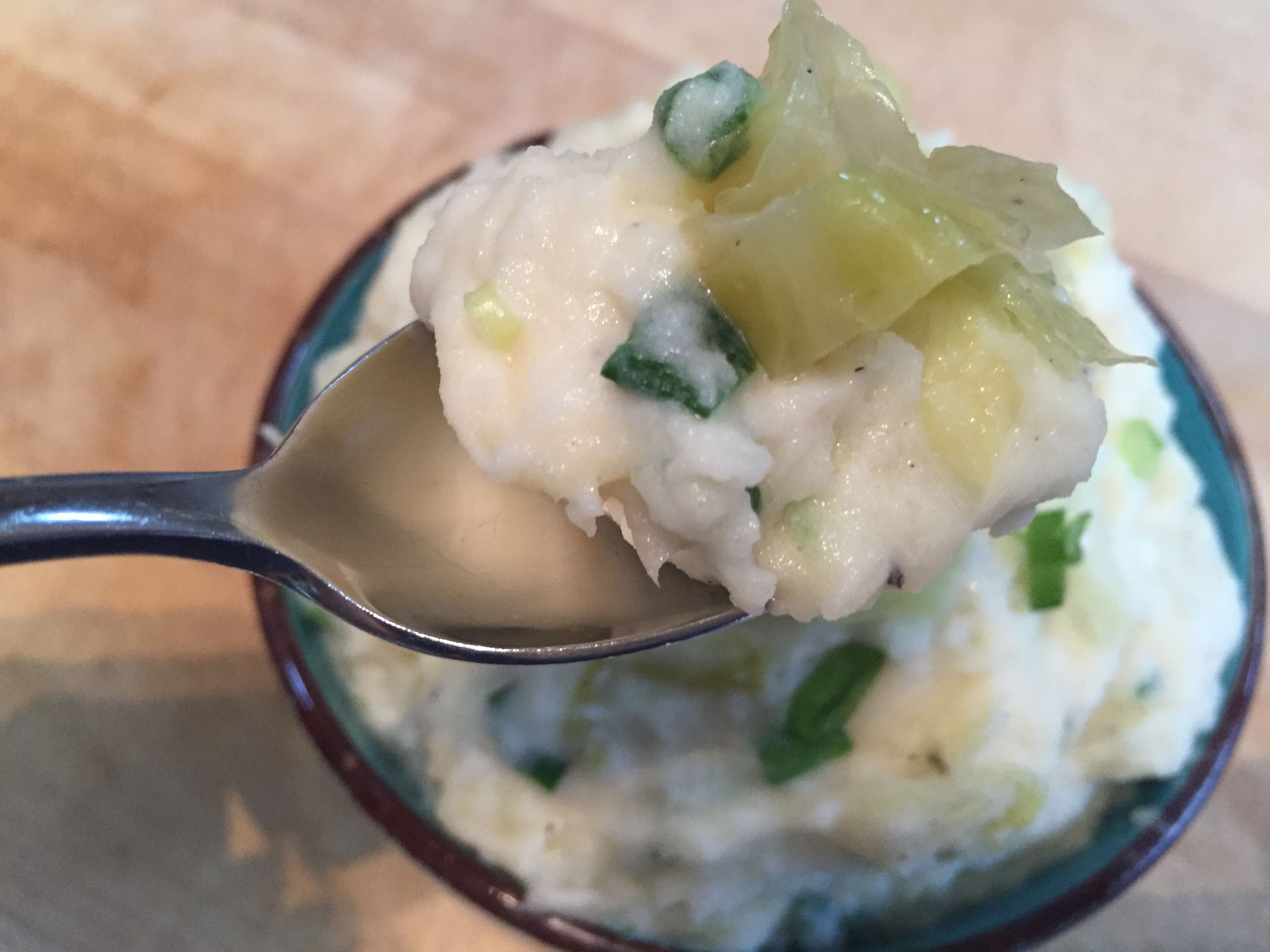 It is said that the Irish introduced colcannon to England in the 18th century, where it became a favorite of the upper classes. In Ireland colcannon was associated traditionally with Halloween festivities. Yet another interesting take is that it was also used for the purposes of marriage predictions. Charms hidden in bowls of rich creamy colcannon were tell tail signs of a marriage proposal if unmarried girls were "lucky" enough to find them. Others would actually fill their socks with spoonfuls of colcannon and hang them from the handle of their front door in the belief that the first man through the door would become their future husband!

When Irish immigrants came to the United States, they introduced colcannon to American cuisine. Boiled potatoes and cabbage or kale mashed together and flavored with onion, shallots, or leeks and cream or butter. In Gaelic "colcannon" literally translates to white-headed cabbage. Now the "cannon" part of the name might be derived from the old Irish "cainnenn" which translates variously as garlic, onion, or leek.

I chose using green onions or scallions in this recipe but in the past I have used leeks which I do enjoy immensely. If you choose to use leeks make sure you slice them fine and sauté them in the butter until nicely tender. The warmed milk won't do the trick as I used to "cook" the green onions in this recipe.

As the potatoes and cabbage are vacuum packed independently and cooked, this dish can easily be prepared days in advance and simply reheated and mixed together the day you choose to serve. Alternatively you can make the entire dish, let it cool then vacuum pack it for use later in the week.

So cook up big ole batch of colcannon this Saint Pats day or perhaps in the fall for Halloween or maybe even if you thinking of getting hitched! 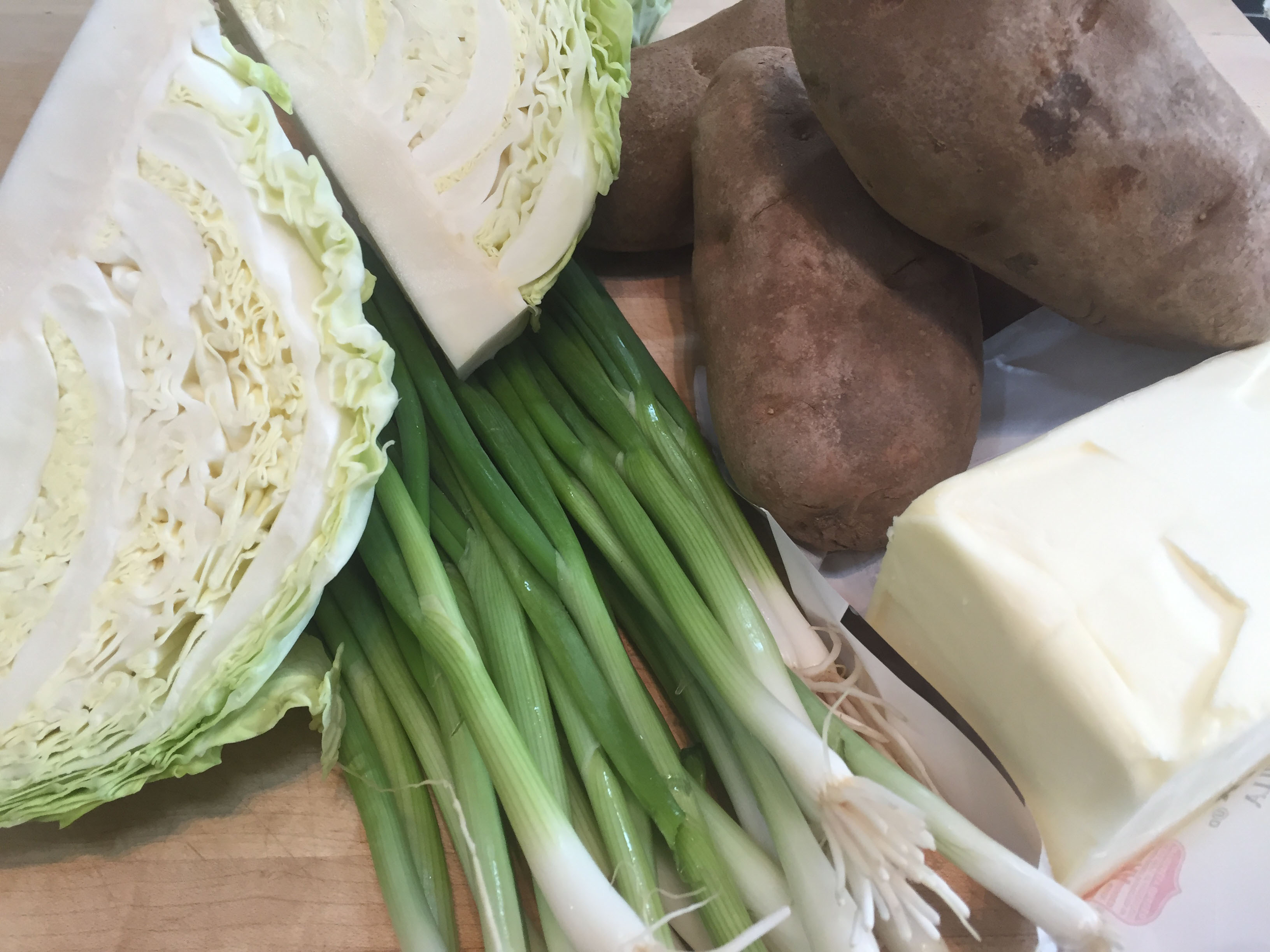 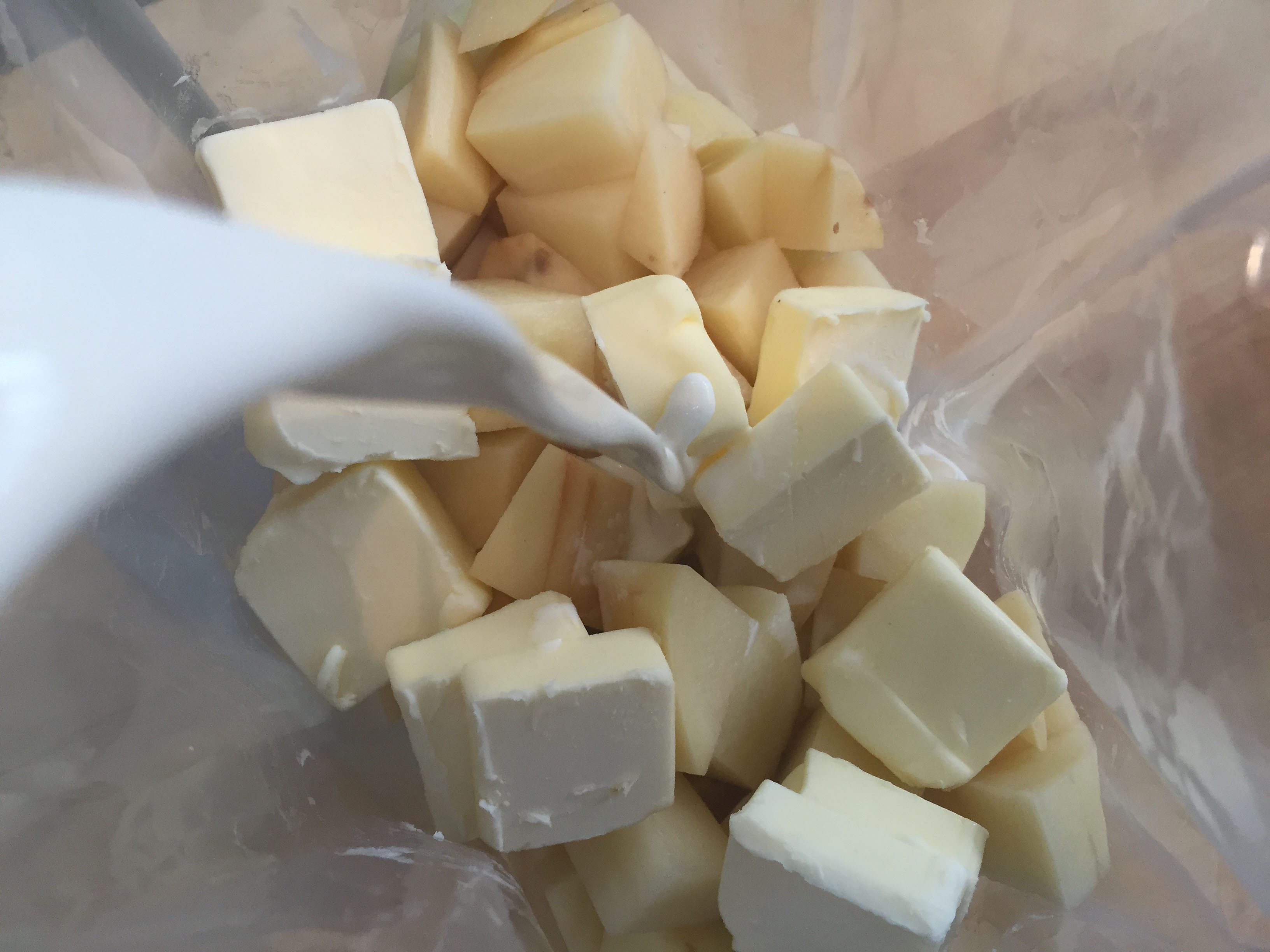 2. Peel the potatoes and laying them on their side cut them lengthwise into 1/2 inch slices. Stack the slices and cut them again lengthwise into sticks then cut across the sticks resulting in a medium to large dice.

3. Using the VacMaster bag stand and appropriately sized VacMaster bag(s) add the potatoes, milk, butter and a bit of salt in one thin even layer and using a VacMaster chamber machine vacuum seal the potatoes.

4. Gently place into the SV1 water bath and cook for 45 minutes and up to 1 hour or as necessary until the potatoes are extremely tender and easily crushed by your finger.

1. Place the shredded cabbage and a bit of the salt in an appropriately sized VacMaster bag and using a VacMaster chamber or suction machine vacuum seal the cabbage.

2. Carefully place the bag in the water bath of the SV1 along with the potatoes and cook for one hour or until the cabbage is tender. 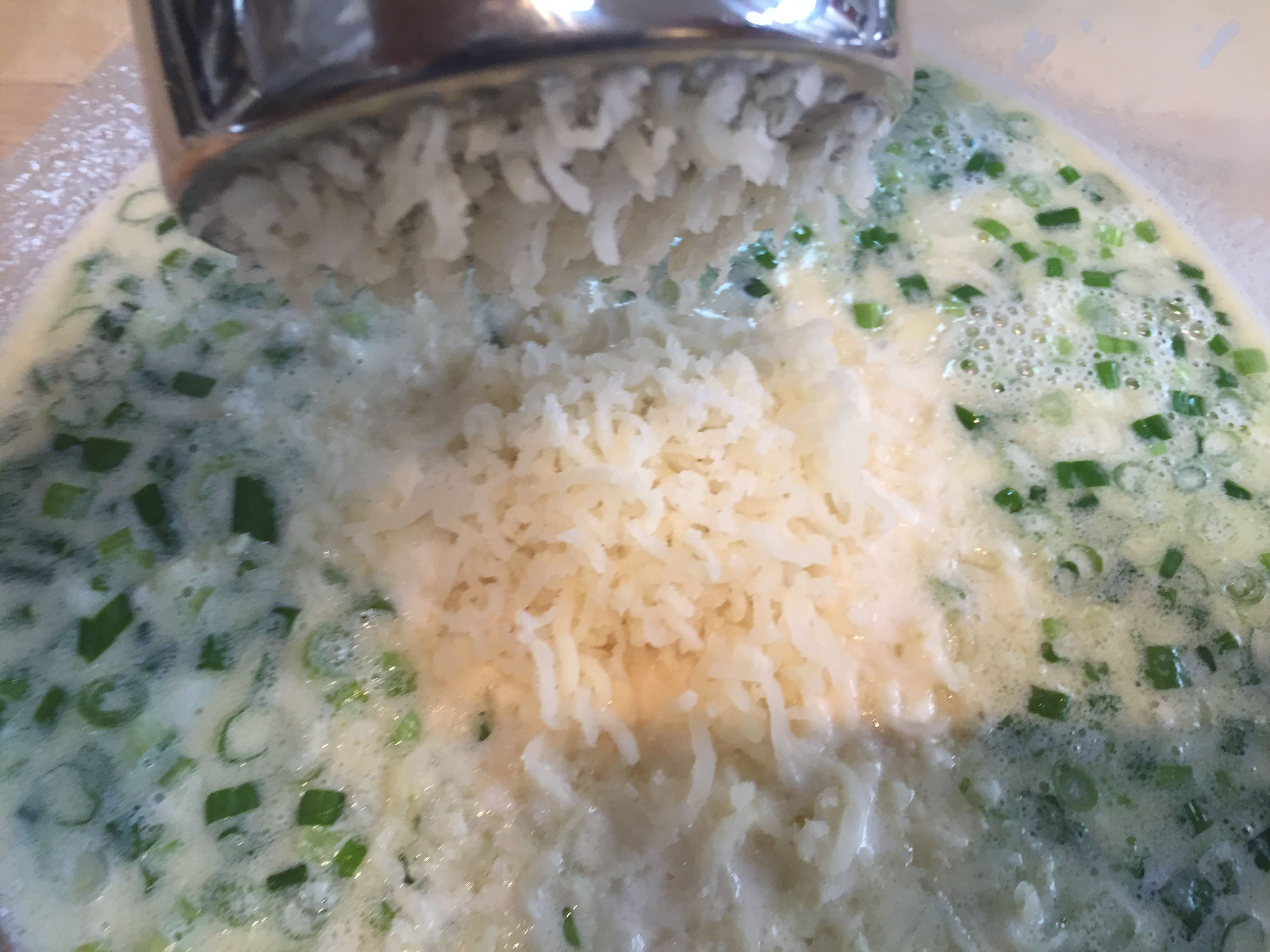 To assemble the Colcannon:

1. In a large bowl (suitable for mixing the potatoes with the cabbage) place the chopped green onions.

2. Carefully cut the corner off the vacuum bag with the potatoes and carefully pour half of the liquid into the large bowl covering the green onions.

3. Begin to spoon out the cooked potatoes and push through potato ricer or food mill directly into the bowl with the green onions.

5. Carefully cut the corner off the vacuum bag with the cabbage and discard the cabbage cooking liquid.

6. Add the drained cabbage to the potato mixture and using a large rubber spatula thoroughly blend the colcannon together using any more of the reserved potato cooking liquid to create a creamy consistency.

7. Adjust the seasoning with the salt and pepper and serve immediately.