When I was younger (and had fabulous hair), I felt that any recipe I was going to make needed to be the longest I could find. The most ingredients, the most work, the longest cooking times. For a recipe to be good, you had to put in the work. As I grew older, I began to realize that although there are some recipes like that, my original premise wasn’t exactly true. I began to streamline techniques, reduce ingredients to focus on base flavors and began to realize that in some cases just the opposite was true. Case in point? My cream of grilled tomato soup is sheer simplicity, just four ingredients or two if you don’t count the salt and pepper!

By grilling (as in my original version) or broiling the tomatoes, you char the skin, black as night, creating an incomparable smokey flavor that when properly reduced to a thick, unctuous paste blossoms with the addition of the heavy whipping cream. How much cream? Well, as much as you want or your belly can stand. Just keep in mind other than the calories or the cost to your wallet the amount of cream is personal taste. I like to have the tomato flavor to dominate with the cream just carrying the flavor like waves in a lake. For this recipe, I like to start with a pint of cream then slowly increase the amount tasting along the way until I get to the point where I’m happy. Simply seasoned with salt and pepper this soup is truly delicious.

Now over the years, I have had cooks and customers ask me, would it be good with garlic? Herbs? Broths? My response is yes, yes and yes. It would be fine with all those things and even more but those additions are missing the point, this soup, these four ingredients are in perfect harmony, why add just to add? Any CEO, chef, manager or parent can say yes, that’s easy, knowing when to say no, well, that’s the key, isn’t it? 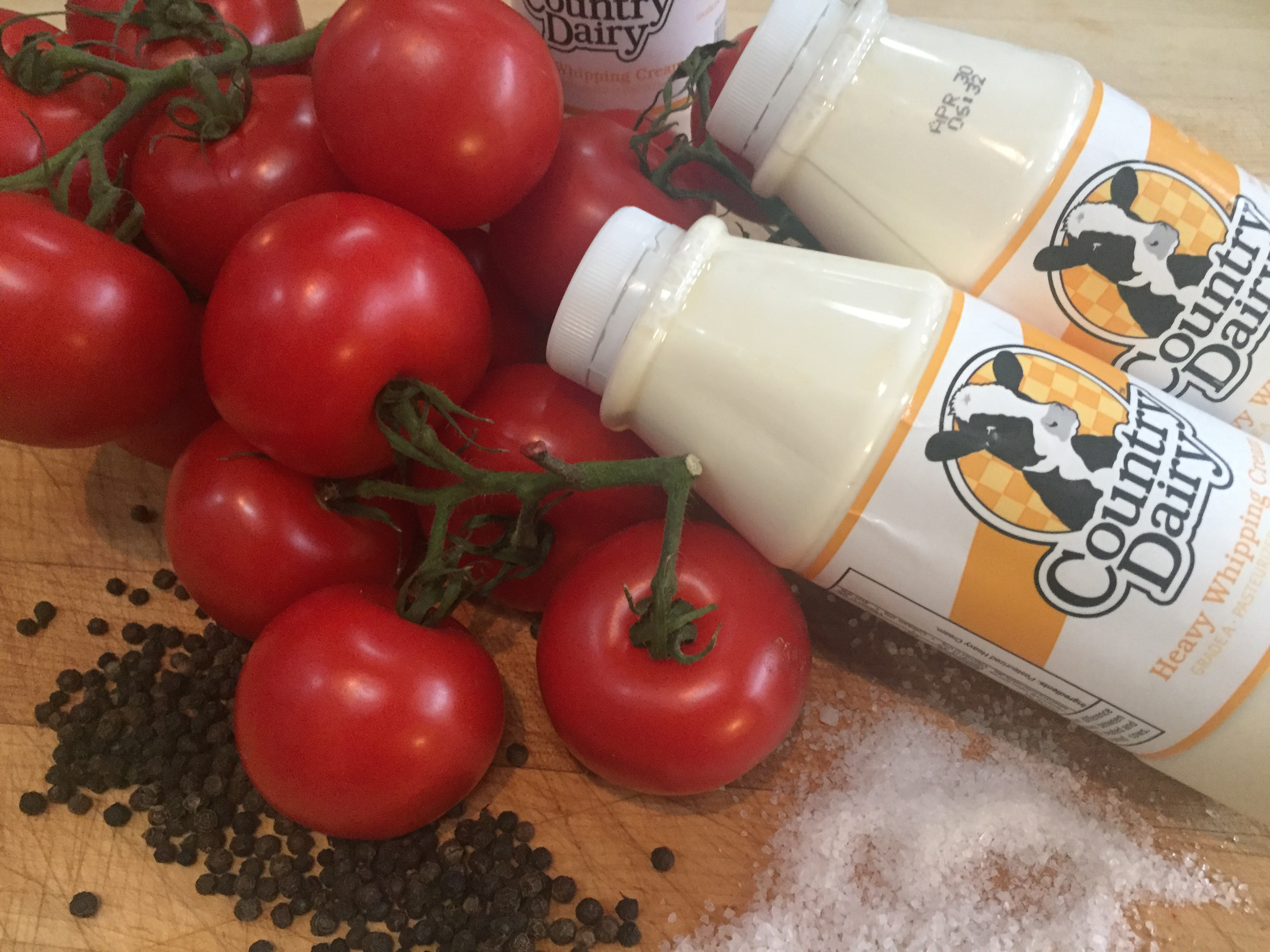 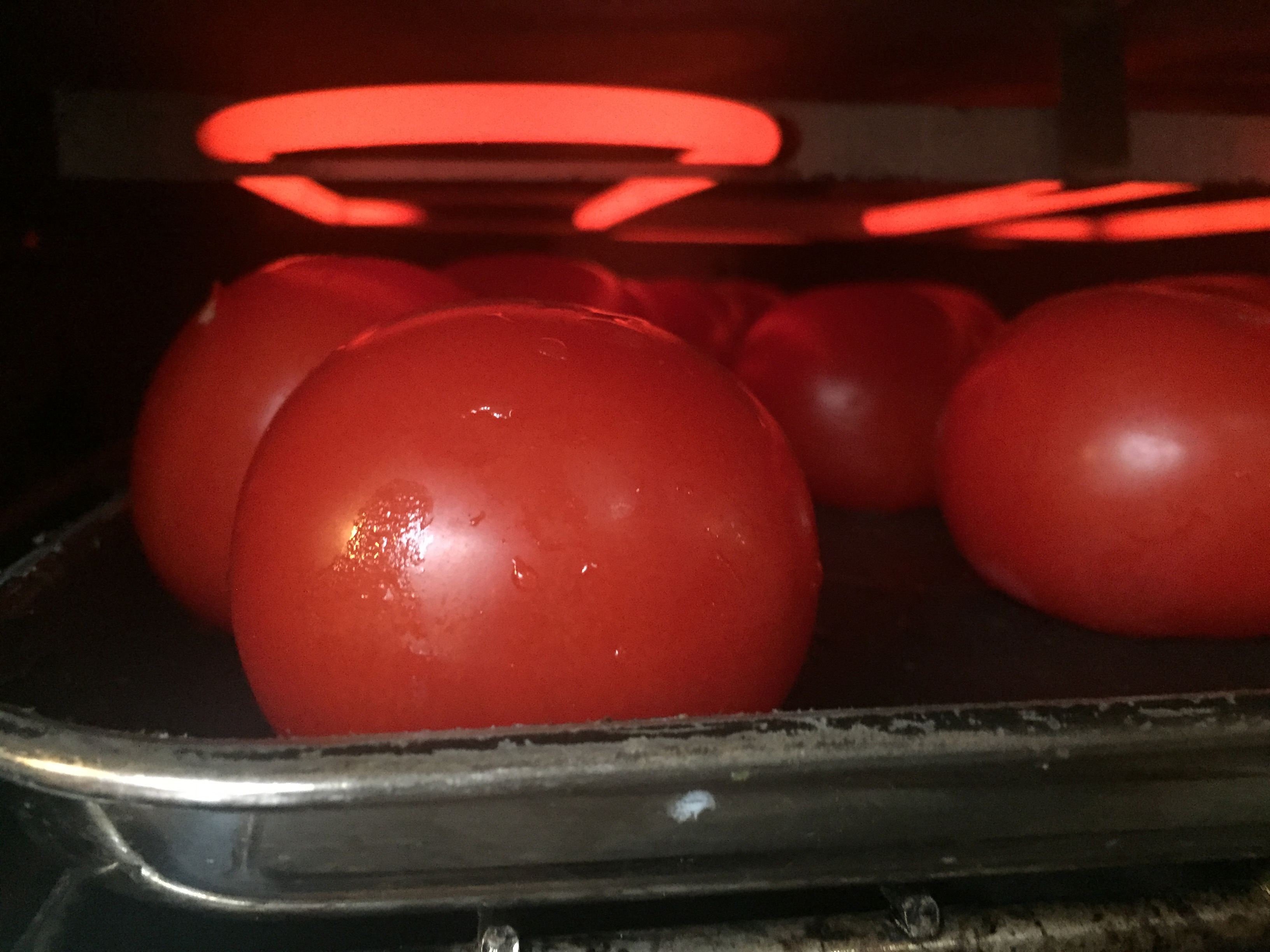 1. Adjust your oven rack to the upper position and set to broil.

2. Using a sharp paring knife core all the tomatoes.

3. Place the cored tomatoes core side down on a large rimmed baking sheet.

4. Carefully slide the pan into the oven and broil the tomatoes about 10 to 15 minutes or until the skins are well blackened.

5. Using tongs gently turn all the tomatoes over and repeat the process.

6. Carefully remove the tray from the oven and gently move all the tomatoes and any remaining cooking juices to a large, wide, high-sided skillet. 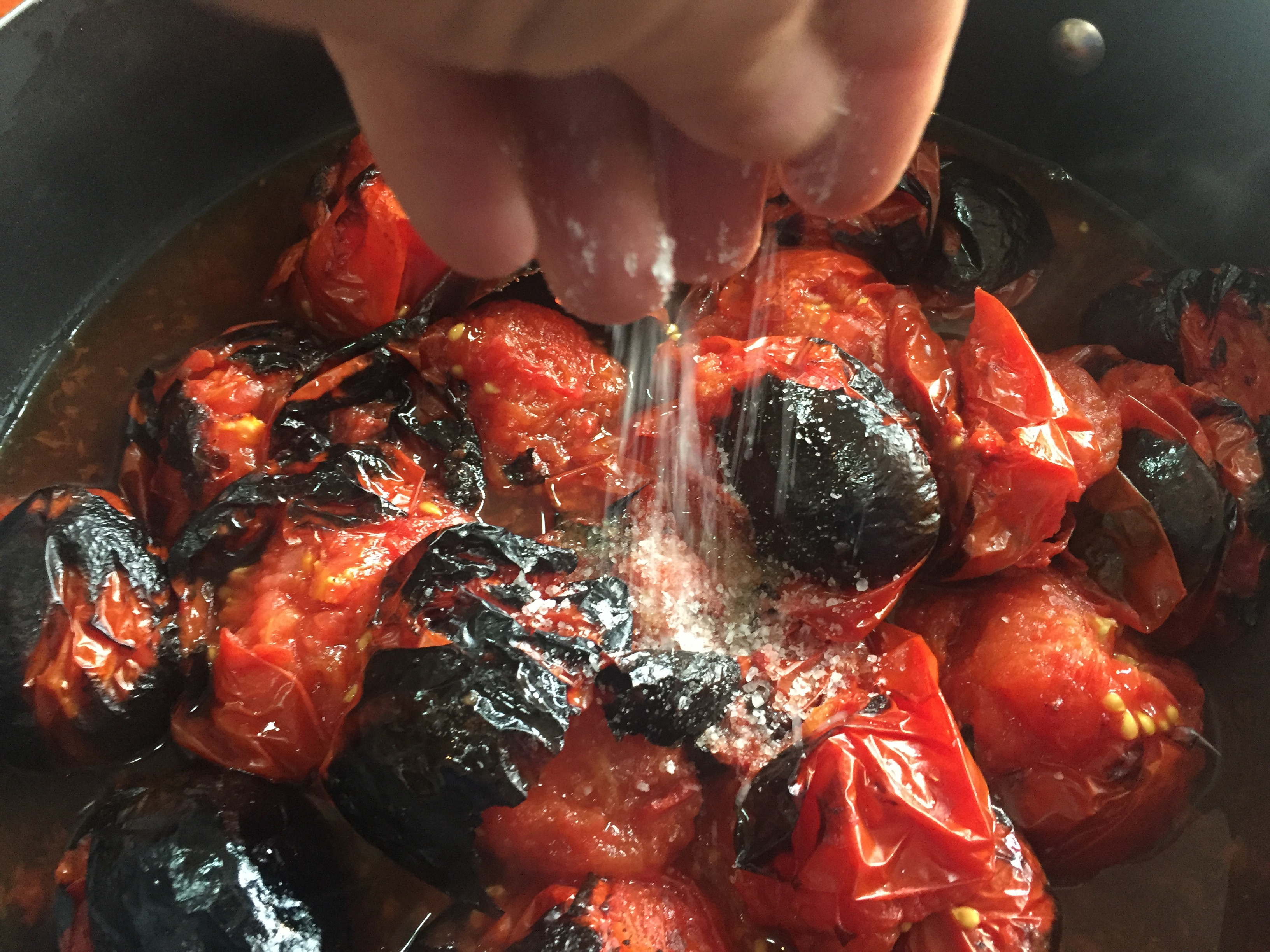 7. Roughly break up the charred, soft tomatoes with a large spoon seasoning with a bit of the salt and pepper.

8. Bring the tomato mixture to a boil and reduce the heat to medium-low, simmering uncovered and frequently stirring to prevent scorching.

9. Using an immersion blender or similar, puree the thick base to a fine puree.

10. Reduce the mixture by at least half about 20-30 minutes or until very thick.

11. Add the heavy cream to your taste and gently heat the soup.

12. Season to taste with additional salt and pepper and serve immediately. 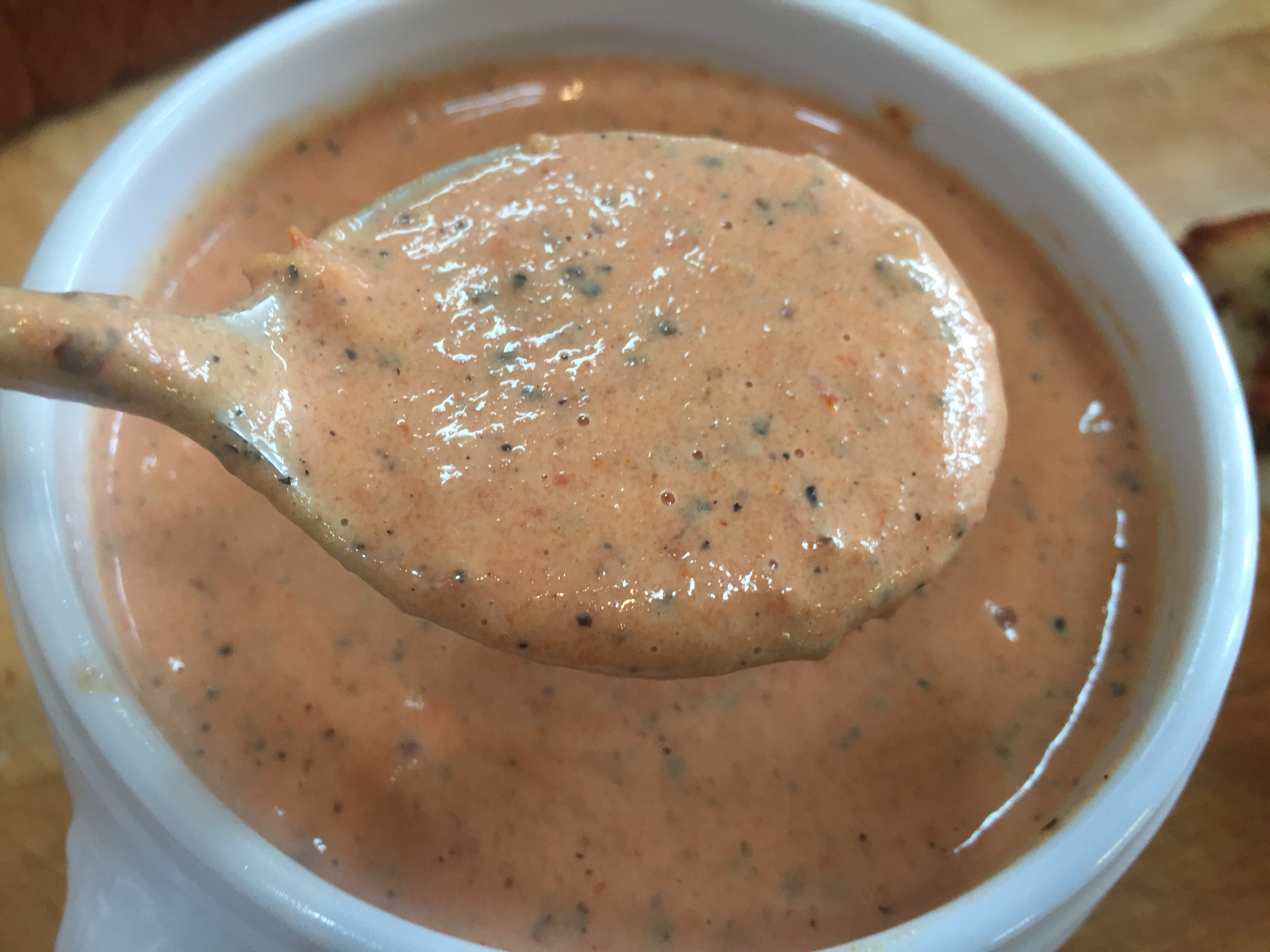