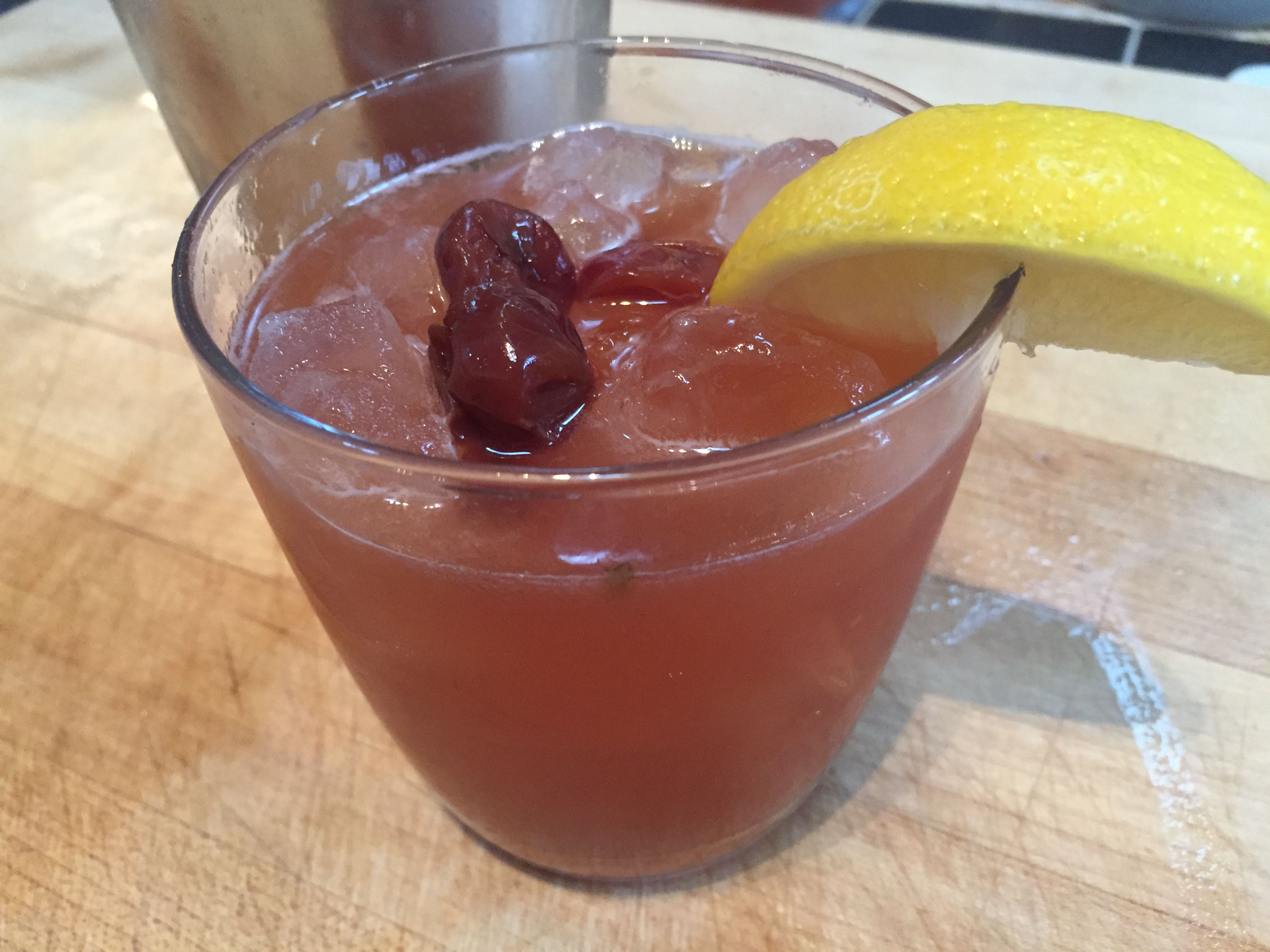 It’s been well documented that back in the day sailors suffered from scurvy and other malnutrition on their extended voyages. As a matter of fact during the 18th century, it’s reported that scurvy killed more British sailors than actual enemy action.

Yet, there was a glimmer of hope on the horizon when Vice Admiral Edward Vernon of England began mixing a few ingredients together to serve to his crew. The usual sailors ration included limes and lemons to prevent the dreaded scurvy, but there was also liquor for something safe to drink. The liquor was generally watered down with lemon or lime juice added to mask the flavor change. There are some culinary historians that believe this action was the forerunner of cocktail sours.

Eventually sailors brought this concoction to shore and through trial and error the basics of the sour cocktail were "distilled" to what we know today. Gin and Brandy were popular potent potables, but it was the Americans that chose their native whiskey.

I have taken the sour one step further by infusing the bourbon whiskey with a Michigan culinary icon, tart red cherries. I have found that dried fruits work exceptionally well for this process as they don’t bring any extra water to the party, just intense fruit flavor. An added benefit is after the all the vacuum packing and sous vide cooking the strained dried cherries are now plumped full of whiskey! A perfect garnish for the finished libation as well as great for use in savory cooking, desserts or just eating out of hand. 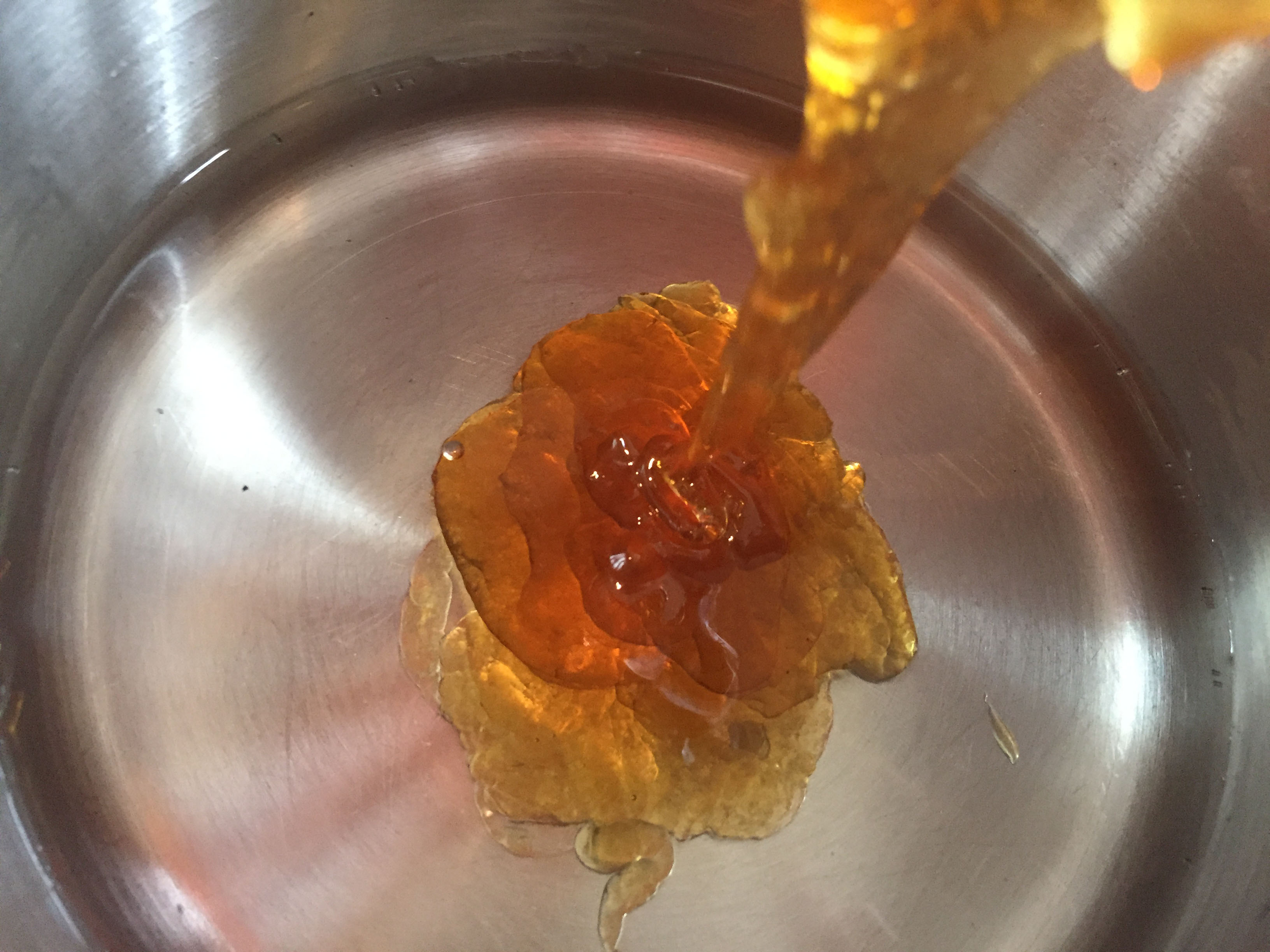 1. Place honey and water in a small saucepan.

2. Heat over medium heat until water and honey are well combined; do not boil. 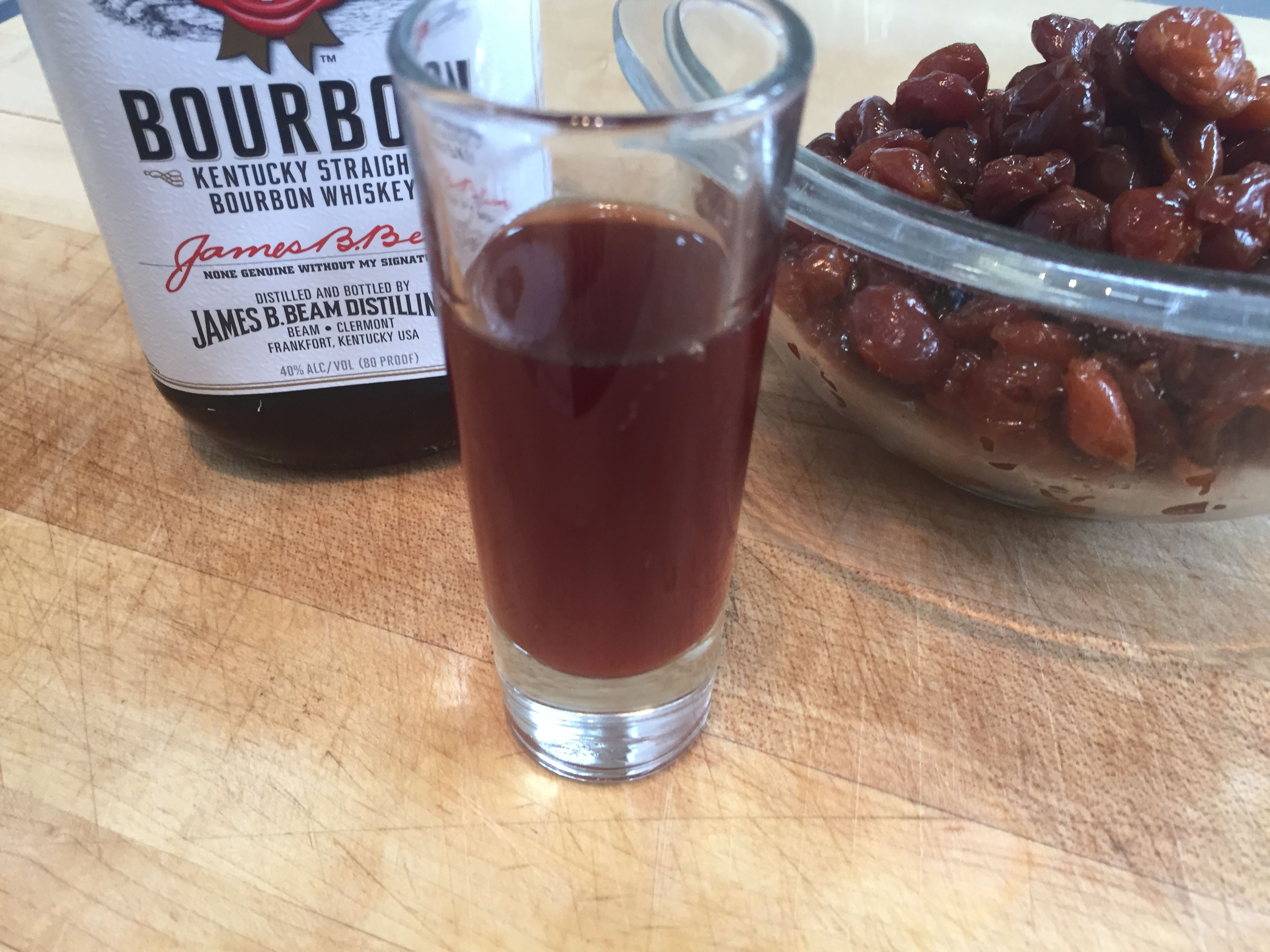 4. Gently place the sealed bag in the SV1 and cook for 1 hour and up to 2 hours

5. Careful remove the bag and chill in an ice bath, strain the bourbon into the bottle, discard the cherries and reserve Bourbon until needed. 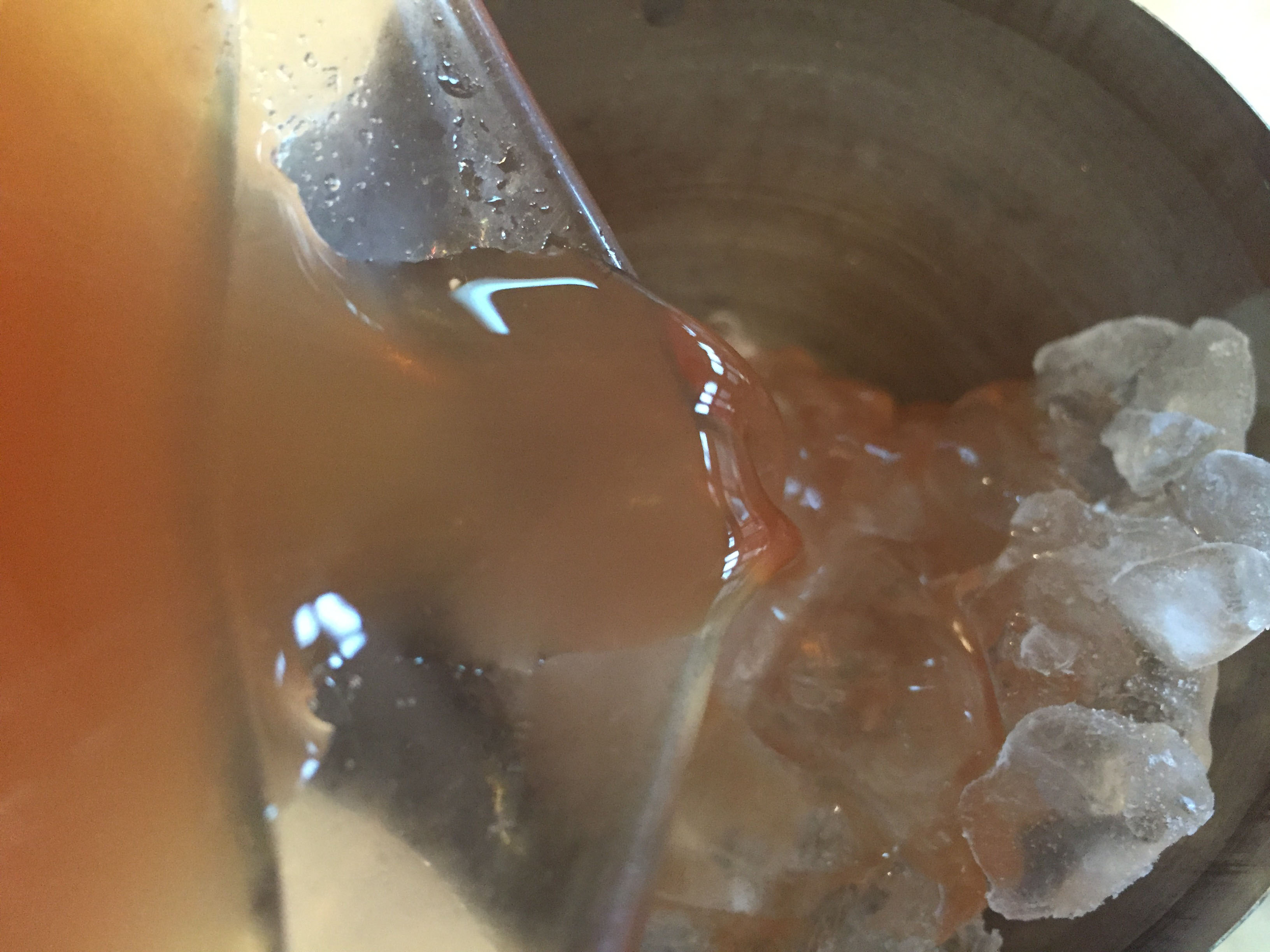 2. Fill a cocktail shaker halfway with ice and fill two-thirds full with the bourbon mixture.

3. Shake for 30 seconds and pour into glasses.